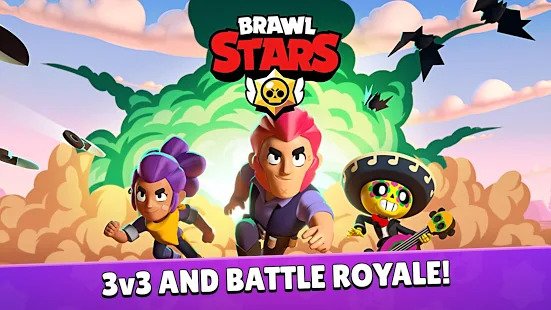 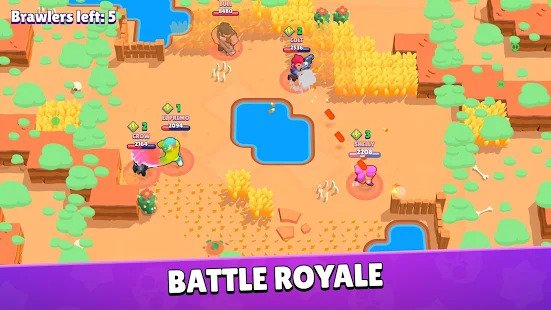 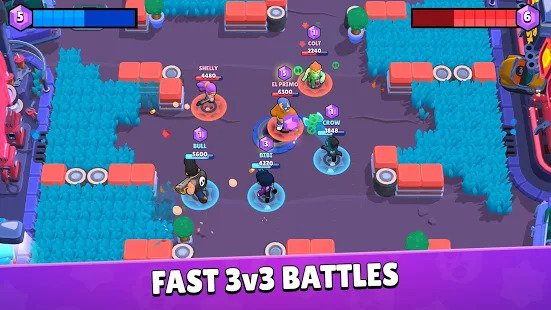 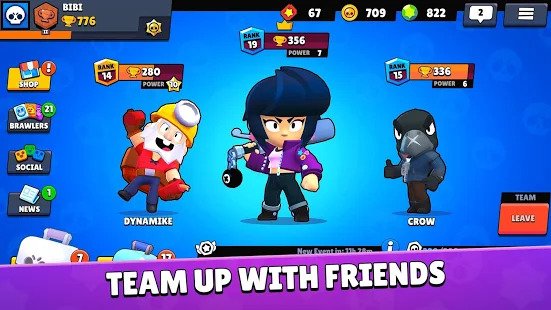 The new Brawl Stars game full of challenges and online competition, choose your favorite hero and select the appropriate battlefield with different rules, play alone or as part of a team, open more heroes and playgrounds.

The game Brawl Stars or Brawl Stars was released by SuperCell, famous for designing the most famous games among users such as Clash of Clans , Clash Royale , Boom Beach , Hi Day , and the game Brawl Stars was launched in late 2017 initially in the Canadian store only, and the company Later on, it was added to many stores around the world, to spread widely among fans of games.

As is the case for SuperCell  games, the game requires a constant connection to the Internet, it is a competitive game over the Internet, in which you meet a lot of players, whether as your opponents or as a team, and in the game there are many heroes that you open as you continue to play, and it is characterized by the diversity of playing events with the change of the rules of the game in Each event, and the appearance of events changes continuously and daily, and there are special events that require a certain number of trophies that you collect when winning events.

Types of heroes and their development

There are about 22 different heroes in the game Brawl Stars , and the heroes differ in their shapes, their strength and the strength of their weapons. In Advance Mode when an opponent is hit multiple times.

In the game there are a lot of events that can be played by your favorite heroes, and the events differ in several things such as the playing area, the rules for winning, etc. By entering a friendly match and playing without counting cups or losing.

We will now explain the events and the rules of play in them:

You can control your hero very easily, from the left side of the screen you can press anywhere to control the movement of the hero in the playing field in all directions, and on the right side your weapon is used by drawing in the appropriate direction, and when you successfully hit the opponent for several times, it is activated The upgraded weapon, and you can pull the upgraded device in the desired direction and launch.

Create your own team and federations

You can also join an existing union in the game, where the best federations are displayed with the number of cups obtained by each union, the number of members, etc. Union with others so they can find it by searching in the unions section.

The store and the brawl boxes

The game contains a special store through which you can see the daily offers, where you get on a daily basis a battle box that contains gold coins and strengths, and you can also buy strengths with gold coins, which can be used in the process of developing heroes to advanced levels, and each level requires a number Specific strengths to allow development.

You can get more Battle Chests containing gold coins and strengths by winning various events.

Features of the game Brawl Stars

All rights reserved To SuperCell And Read DMCA Disclaimer
for reporting any infringement send me a notice via email to : [email protected]
Download Page