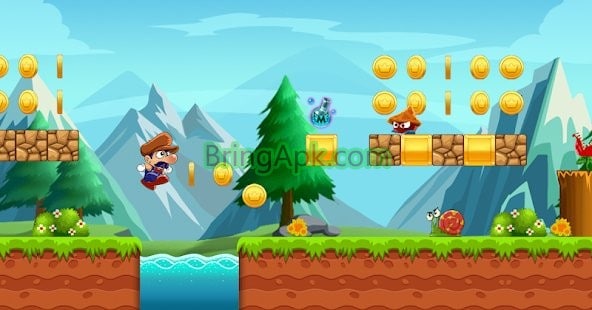 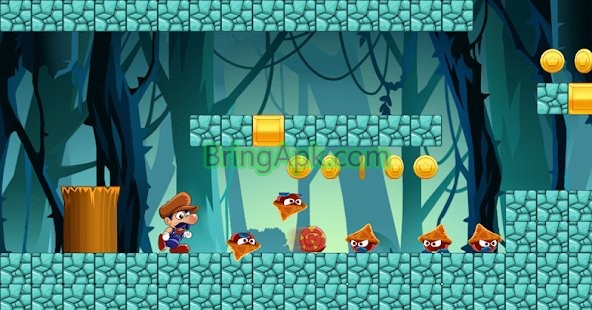 Super Bino Go is a great game to go on a beautiful adventure and overcome different obstacles. Control the character of Super Bino Go in the playing area, jump on the objects to get rid of them and skip the various obstacles until you reach the finish line.

Learn about the playing area

This game in the shape of the playing area is very similar to the famous Super Mario game, as it contains most of the elements just like the Super Mario game, such as the grass floor and squares in the air, as well as the various moving objects and even the way to end the stage by jumping.
The play area contains many obstacles and obstacles, such as animals, poisonous flowers, large and small pits, lakes, etc., and your goal is to successfully overcome these obstacles and control the character of Super Bino Go skillfully until he reaches the finish line, then you go directly to the next sage.

In the various stages, your goal will be to reach the finish line, while avoiding touching strange objects and animals so as not to lose, and during the stage you have to search for special fruits that make the Super Bino Go character larger in size, and this will make Super Bino Go able to smash square rocks, and it will also help you Continue even after touching an object, returning the size of Super Bino Go to its smaller size.

The different stages and worlds

In the game of Super Bino Go Go you will have dozens of stages, and each stage is characterized by its varied design and its different obstacles, and the stages in the game are divided into several groups, each group forms a completely different world from the other in design, and you can move between stages in a row, and the world must be ended Current to move to the new world.

All rights reserved To OneSoft Global PTE. LTD. And Read DMCA Disclaimer
for reporting any infringement send me a notice via email to : [email protected]
Download Page