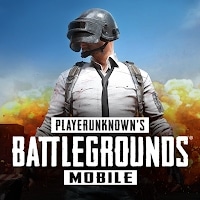 PUBG MOBILE KR game is the Korean version of the popular fighting game PUBG Mobile Season 16 Mobil, enjoy many new features that may not be in the global version, and continue to play with your friends by adding them again in PUBG Korean New Erangel 2.0 Map Season 16

PUBG MOBILE KR is a Korean multi-weapon game in addition to the diverse amount of fighting and fighting environments, where you can participate in a lot of strong battles, after downloading the game on your phone, you will automatically enter Fattal in exchange for a hundred players in a wide combat land that has an area of ​​8 × 8 km and focus on survival, and the players of this game should seek the help of their fighting skills and capabilities and seek one goal to continue alive to compete with the last player on the battlefield.

PUBG MOBILE KR game idea:
When you start playing for the first time, you will find yourself inside one of the small islands, where the player will gather with his enemies and friends, and immediately you will move to another larger island with the help of a plane, where this island is the battlefield, and you have to face it on your land, your enemies face you from all sides Once you land from the plane, you have to run quickly to reach your nearest location, whether it is a house, a factory, etc., and then start searching for weapons.

What are the new features in the Korean PUBG?

PUBG Korean version is one of several versions of the famous fighting game PUBG Mobile, and PUBG Korean is characterized by many new features, these features are not present in the global version of PUBG , and we will now show the most important features that exist in the PUBG Korean:

An important note for those who want to move from the global version to the Korean version :

If you are thinking of moving to the PUBG Korean version with the same previous account in the global version, you must know that you will start from the first level again, and it is not possible to move to PUBG Korean version and resume playing from your current level.

Unfortunately, the Korean version of Google Play cannot be downloaded from the Google Play Store normally, and you must transfer to the Korean Google Play Store by using different VPN applications, so we provided the game in the complete BringAPK website and its latest version, all you have to do is click the download button at the top Page and then download the entire game.:

Types of battles in the game PUBG

The types of battles do not differ in the Korean or global version of PUBG , where you will be able to play and compete against other players over the Internet in many situations, and we will quickly explain the most important modes that can be played in the game PUBG :

Prepare weapons and equipment before playing :
Before you start fighting, you must prepare your own fighting kit, which is a main weapon and a small secondary weapon, in addition to many accessories that are installed on the weapon, there are many weapons that differ in their specifications, review the weapons and choose the weapon that is appropriate for you, you can also supply More than several weapons so that each kit contains a different weapon, then you can change to a new kit easily.

Controls during combat
When the battle begins in one of the different modes, many buttons related to play will appear on the screen, on the left side there is the movement and running button, and on the right side there are buttons for flatness, drop and jump, in addition to the buttons on the right and left as well, in addition to the buttons to change weapons and throw Bombs and recharging, and also special buttons for playing audio and microphone, surfing the map, and more.

Add friends and play with them as a team
As we mentioned earlier, when you move to the Korean PUBG you can add your former friends again and play with them again, from the friends list search for your friends accounts via the ID code or by typing their names in the game, also can add more friends that you encounter randomly in the play modes Various, or even add friends by browsing the suggestions offered by the game.

Adjust game and graphics settings
There are many options that can be modified from the game settings, and the options are divided into tabs according to their type, and we will now show the most important of these tabs:

Basic options: to enable or disable matters related to weapons, movement, and handling of items on the playing field.
Graphics: to change the graphics quality to match your phone specifications, as well as to adjust the colors and lighting of scenes and others.
Controls: to change the position of all buttons on the phone screen to suit your gameplay during the battle.
There are also a lot of options related to the way of driving, the degree of sensitivity of the movement of the phone, acoustics and others.